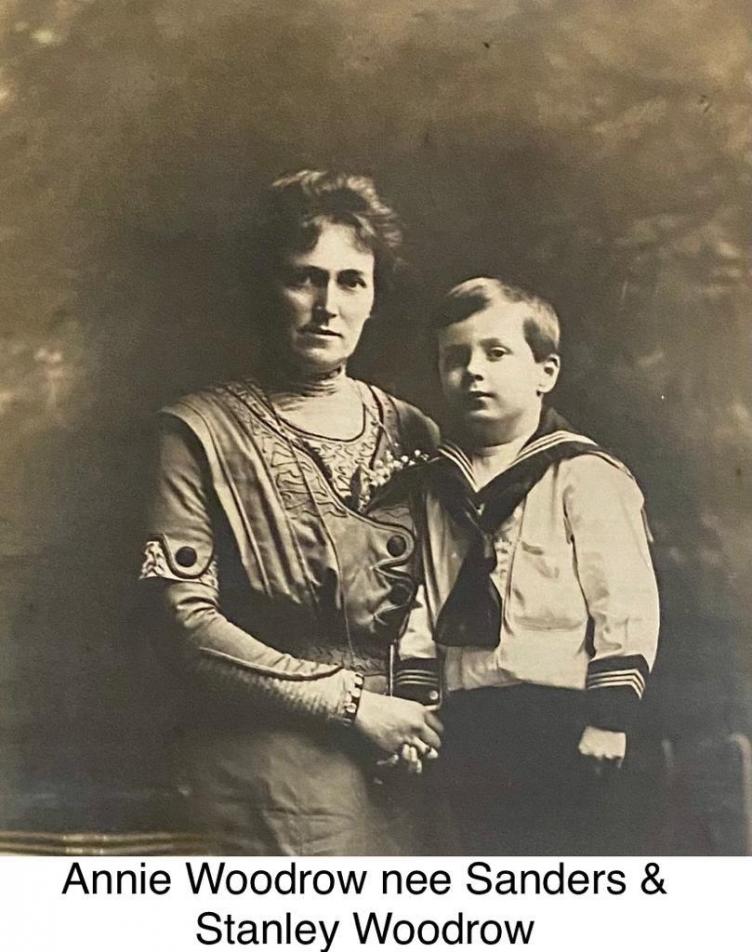 Since when has riding a bicycle been seen as outrageous!  Annie Sanders wanted to marry a man 28 years her senior,, the same age as her father, but her father sent her suitor packing!  He went off to the Holy Land to console himself and bought Annie a bicycle as a parting gift.  In 1897 this was the equivalent of buying her a Ferrari!  She could be seen riding round the village in long skirts, boots, and boater hat delivering largesse to the poor, attending meetings of the Mother’s Union and being a very active member of St. Mary’s church.

John Woodrow returned with a davenport bureau made out of olive wood from trees on the Mount of Olives as a wedding gift for his bride in 1897.  He also brought a phial of water from the river Jordan which was used at the christening of their four children. They moved to Ormskirk where he was the vicar.  After his death Annie returned to Wollaston with her children and stayed at The Limes with her parents.  The Limes in the High Street was then a farm, the outbuildings are now known as Wollaston Courtyard.

Annie bought a house in Irchester road and named it Ormskirk and eventually moved into The White House, Little Lane which her youngest son, Stanley Woodrow had built for her.    She was a lady of some standing and determination.  Having been an ardent member of St, Mary’s she wanted to be buried in the church yard  where there were already  250 years worth of family buried..  She persuaded her cousin, Ginny to give up her space in the family grave and thus when she died in 1964 aged 94 she became the last person to be buried in Wollaston church yard.

There is a picture of Annie Woodrow with her son in Wollaston Museum, see right of text.  Share your family histories with us.

I have given a lot of thought and as a young girl I can only remember the Parochial Rooms being called the Church Hall as it was always said it belonged to the Church rather than the village.  Concerts were held there, I went to piano lessons with a Mrs Dando, who used to go to the Church and on occasions I played piano at one of those concerts.  As I got older, I went to Old Time Dance classes and then later, to Saturday night Dances.  I think these were held to raise money to send parcels to Servicemen.  And again, much later, I took my babies to the Parochial Rooms to get weighed.
I had an Uncle killed at the age of 19 in the First World War, he was my father’s brother.  He served in the 2nd Battalion Northamptonshire Regiment.
You asked about games we played.  These were played in the streets as there was little traffic about and were the usual Hopscotch, Whip and Top, skipping, ball games, etc.

The Jones brothers used to farm land on Hickmire and some land in Hinwick Road.  There were three brothers, Edward (known as Ned), Charles (Charlie) and William (Will).  Ned was my grandfather who lived in the High Street while Will and Charlie lived in the cottages in Hickmire.
They were well known in the village and also in the neighbouring villages as they had some ‘modern’ (for that time) equipment that they would loan out to other local farmers.
I remember as a child spending time down the farmyard where there were cows, pigs and lots of chickens.  There was a barn with straw bales and it was great fun playing in there.  I also helped feed the chickens.  There was agate at the bottom of the yard which we could go through into the orchard.  That land is of course now houses (Priory Road, Manchester Road, Monks Road etc).
Charlie wass married to Aunt Louie and Will to Aunt Ede.  Some village people will remember them, I am sure.  Aunt Louie used to keep us supplied with biscuits and drink.
When the three brothers retired, the farm was eventually run by Phil Jones, who was the son of Ned.
Jane Ward (née Boswell)
Marjorie Boswell (née Jones)’s daughter 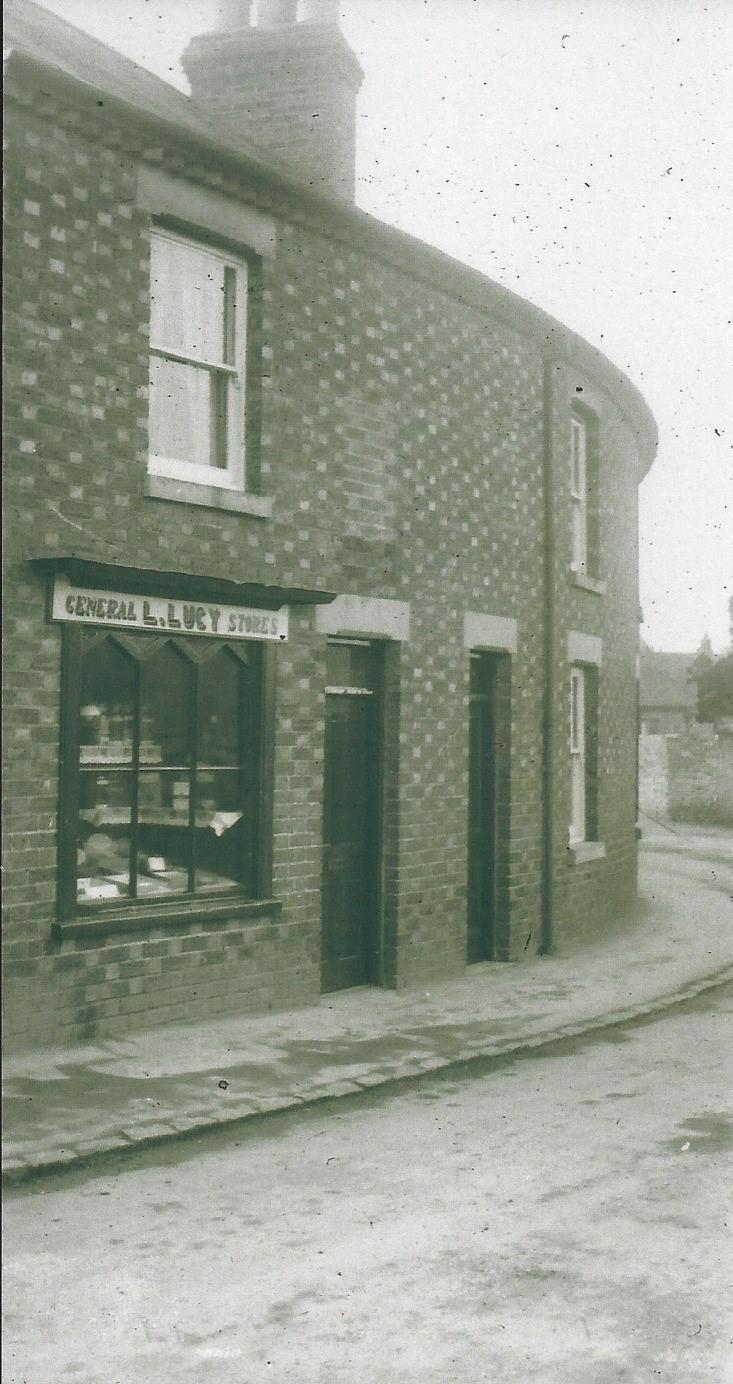 This photo was taken of 21 College Street about 1930, by Arthur Rice, a well-known Wollaston man.
The General Store and Sweet Shoop was owned and run by Mrs Lucy Lucy.  She ran the shop until 1940, when food, etc came on ration at the outbreak of World war II.  Mrs Lucy could not cope with ration books and so she closed the shop.  It remained closed until she died in 1959.  The house was bought by Peter Woodhams.  The shop was opened and became a Turf Accountants (Bookmaker) for 35 years.  Mrs Woodhams ran the shop for 30 years, after which it was run by Rodney Branston.  Mr and Mrs Woodhams had retired but still lived in the house.
Rodney Branston retired in 2004 and went to live in Cyprus, where he died a year later.
Peter Woodhams changed the shop into part of the house, had a new window and changed the door into a small window and that is how it is today.  Mrs Woodhams died in 2005.