Family records show that Margaret (1853 - 1935) and Alice (1854 - 1932) Keep, sisters, were born in Wellingborough.  Neither married.  They established a private school in nearby Wollaston, which specialized in the teaching of young people in art and the classics. It is not known exactly when the school was established, but it probably was in the last quarter of the 1800s.

Presumably Alice Mary conducted the art classes, being celebrated as a water-colour artist.  Some of her work survives. Margaret Eliza probably taught the students in the classics. 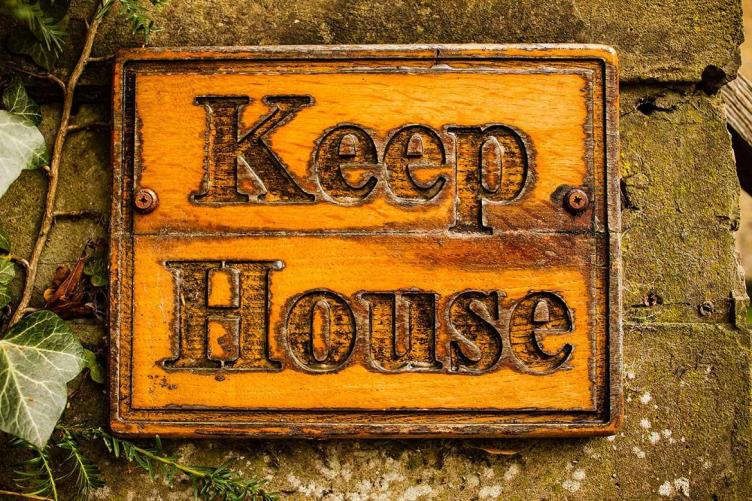 In 1833, the Lord of the Manor in Wollaston died, and his estate was subsequently divided and sold.  The Keep family bought a portion, which included a good stone house (which continues to be known as Keep House) and outbuildings.  A garden was created, including the wall-garden, which now forms the Pocket Park. The family turned one of the farm buildings into a Sunday School for teenage boys, who used to wait inside the walled garden until Miss Keep called them in for class.  As an aside, the garden also contained a cat cemetery.  It is on this property that the Misses Keep had their private school.

Of family and literary interest, in March 1887 Margaret Eliza developed a mutually deep affection and love with the poet Robert Browning, growing stronger until his death in December 1889 in Venice, Italy. According to the Armstrong Browning Library of Baylor University in Texas, an oil lamp belonging to Browning, believed to be of Venetian or Turkish design, was promised to Margaret Eliza, upon his death. The library acknowledges the close friendship with Miss Keep. His daughter-in-law Fannie Coddington Browning sent the lamp to Miss Keep following Browning's death in 1889.

Margaret, born 17 April, 1853, and Alice, born 1854, were the daughters of Adam Corrie Keep and Eliza Keep (nee Williams).  The family consisted of the two girls and three boys:  William Percival, born 14 January, 1856, in Wellingborough; Arthur Corrie, born 16 February, 1861, in Wellingborough, a surgeon and successor to the Manor of Wilby, Northamptonshire; and Henry Francis, born 27 January, 1863, in Wollaston.