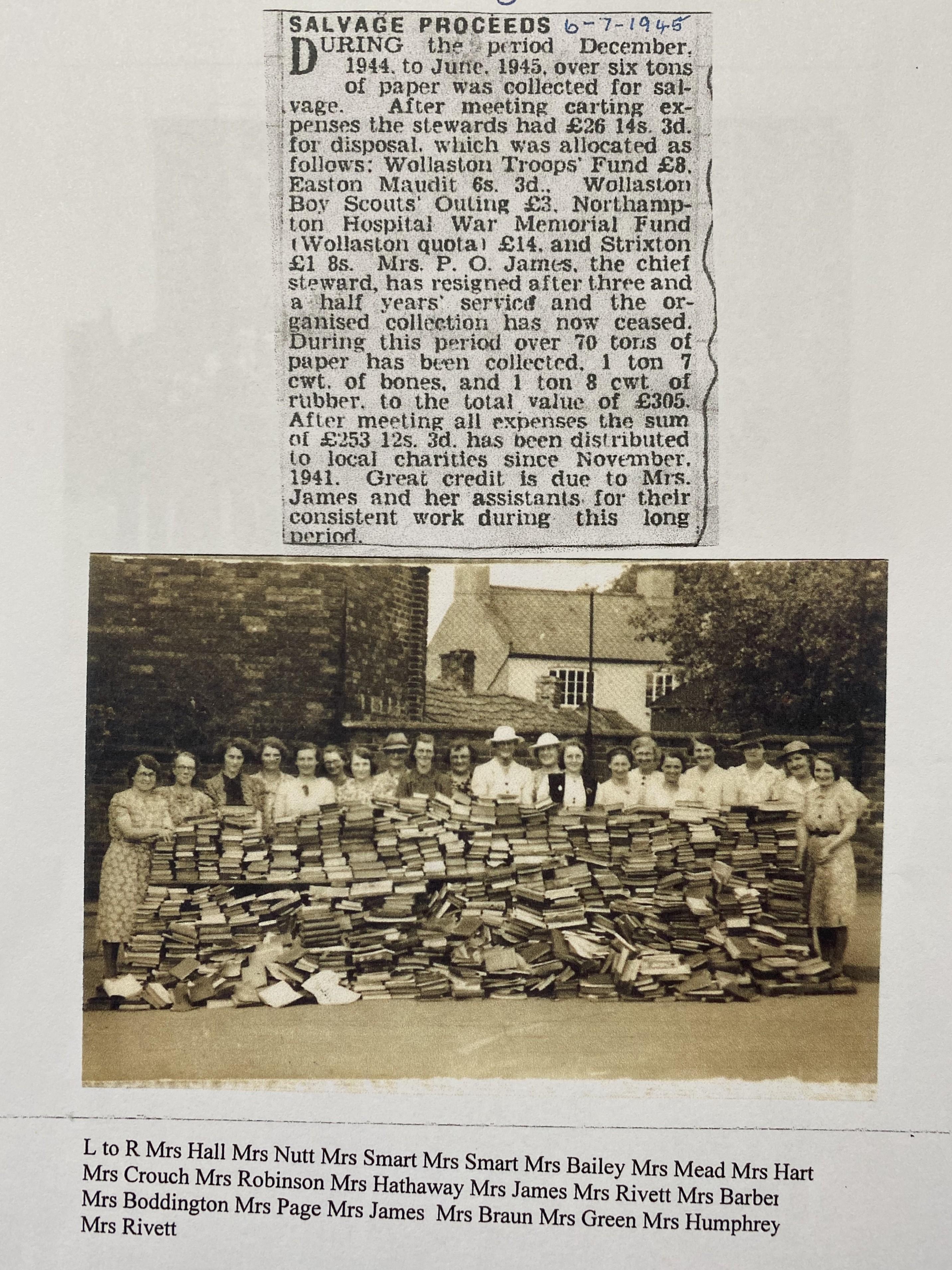 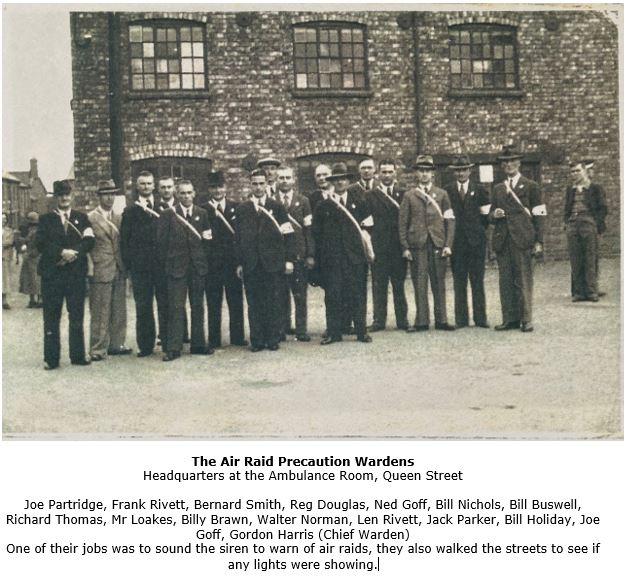 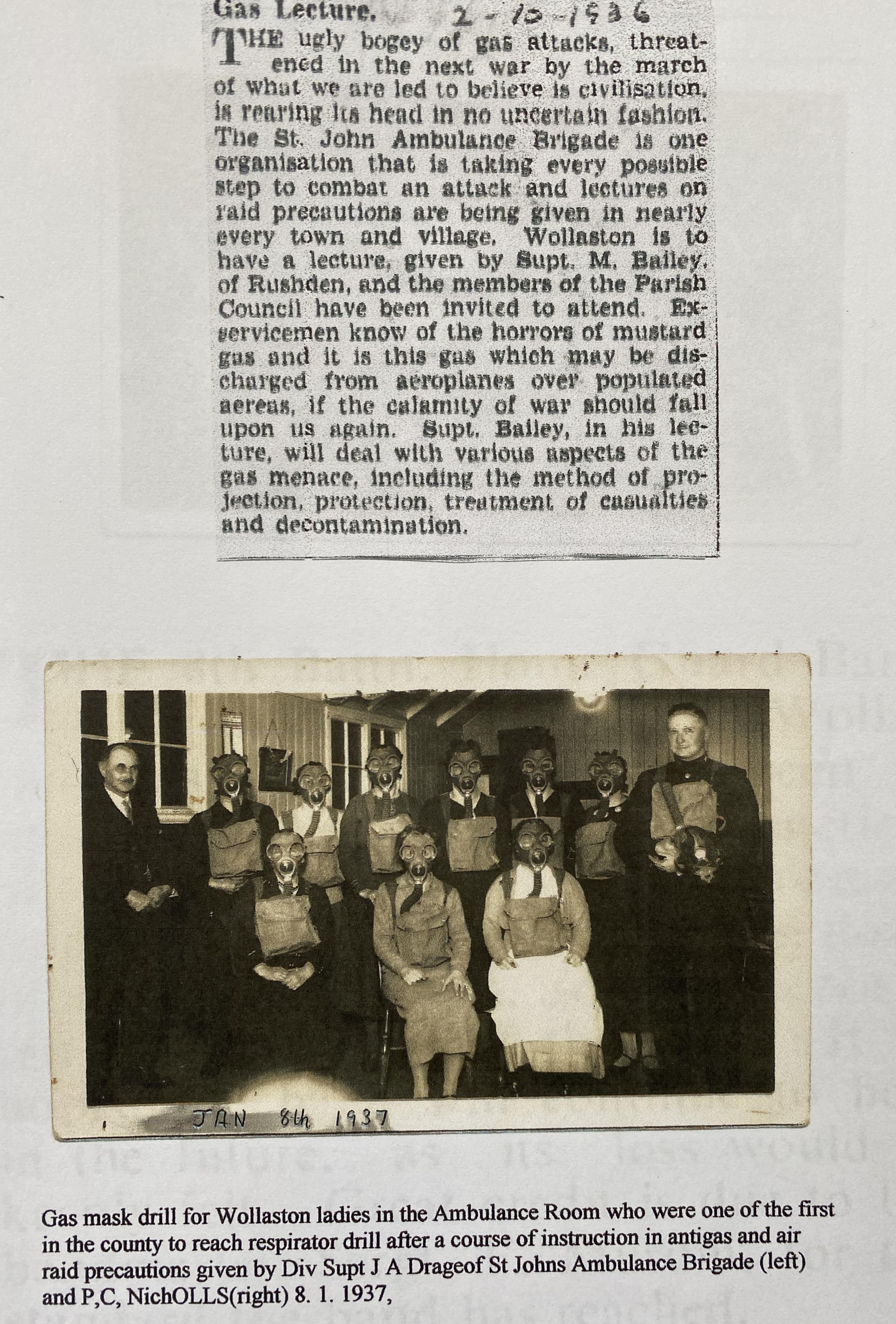 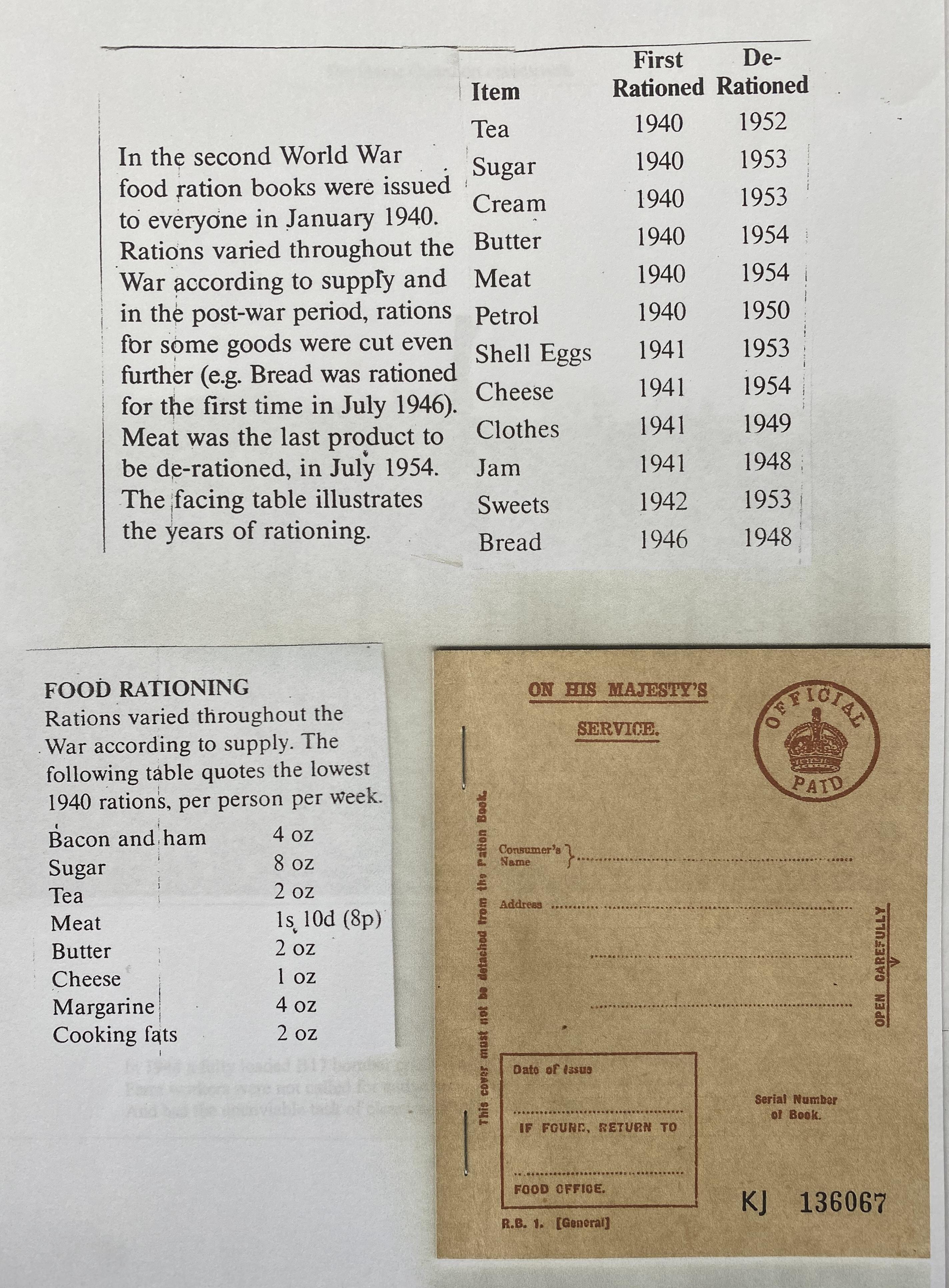 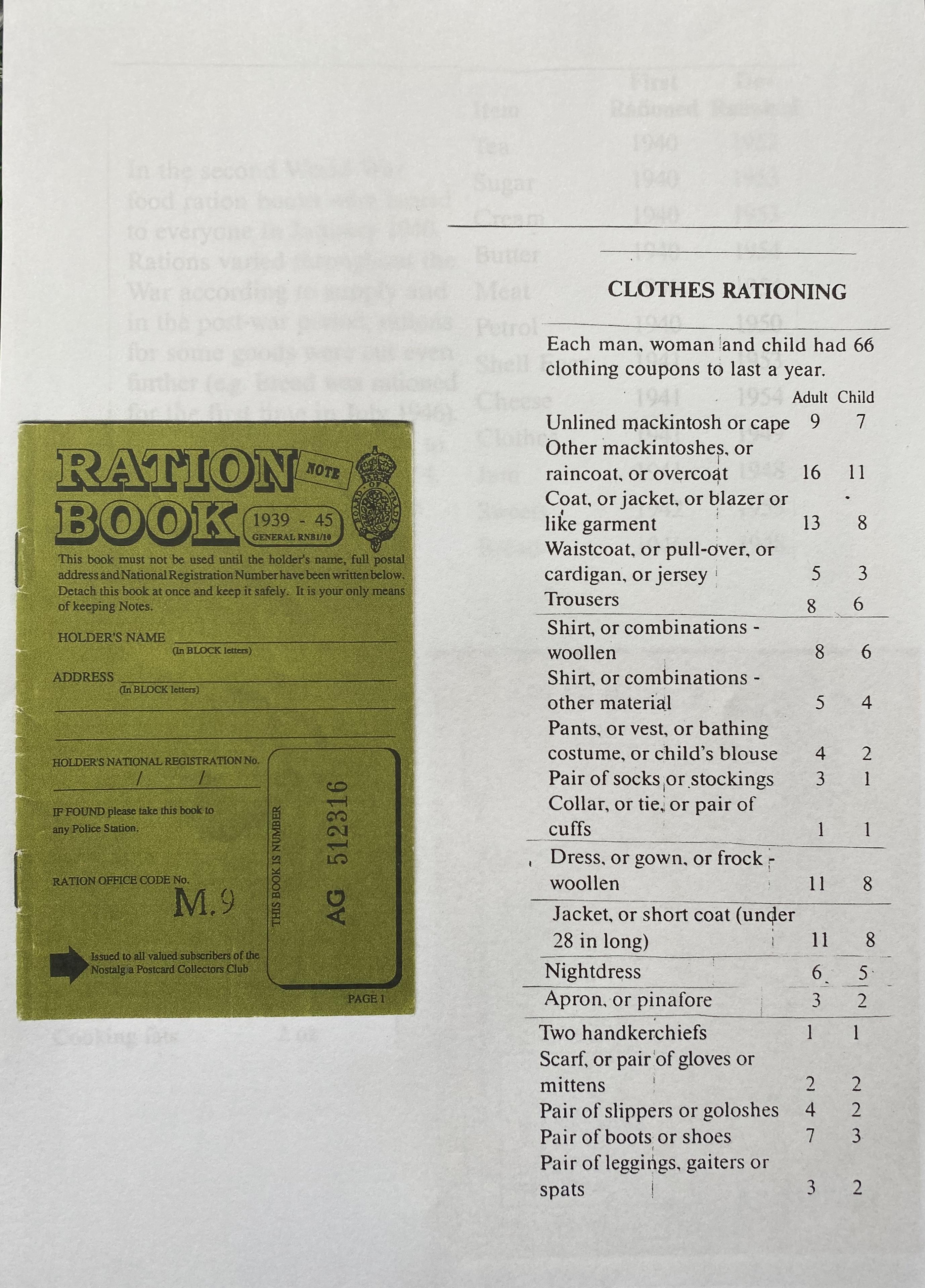 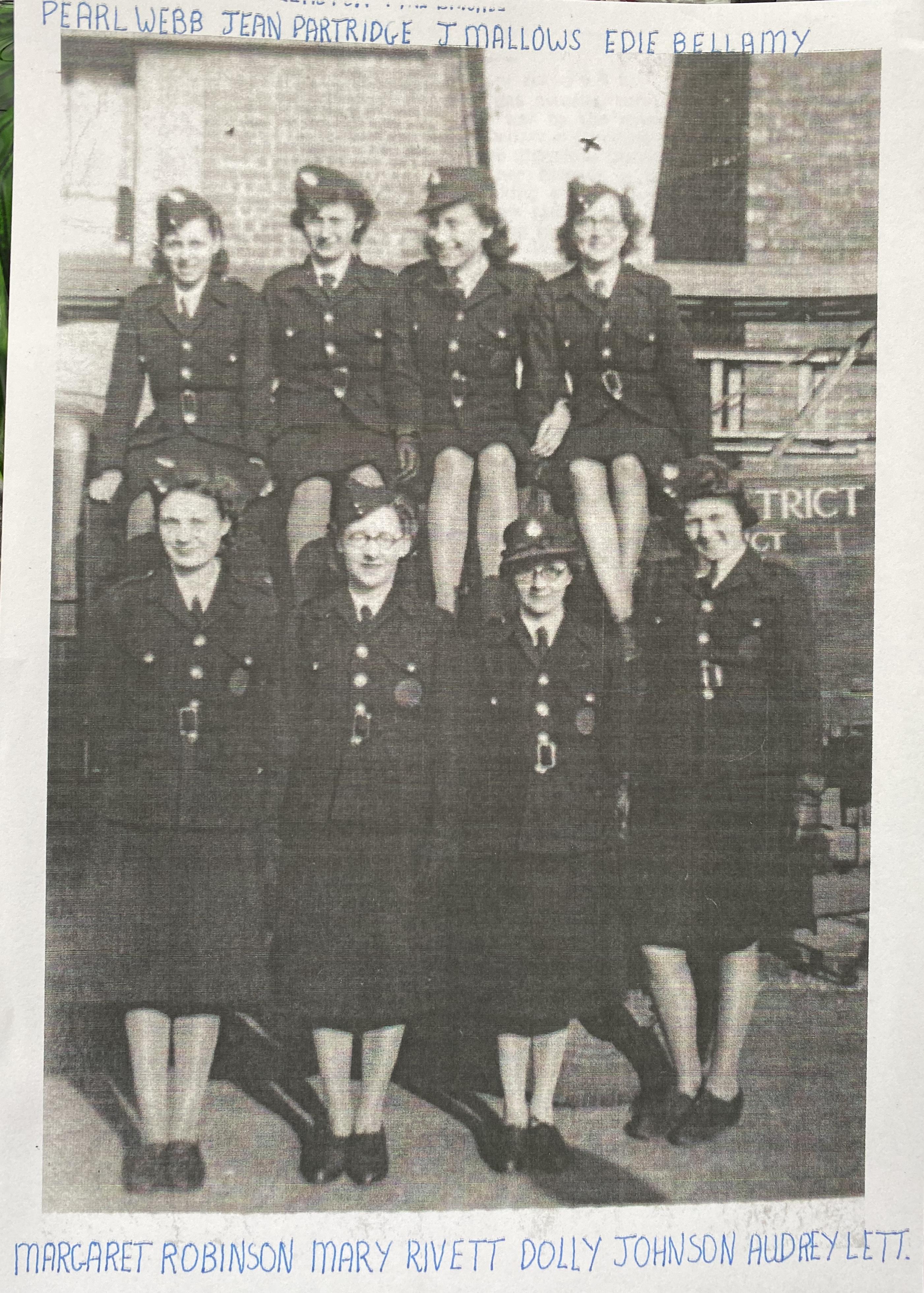 Wollaston had its own Home Guard Unit 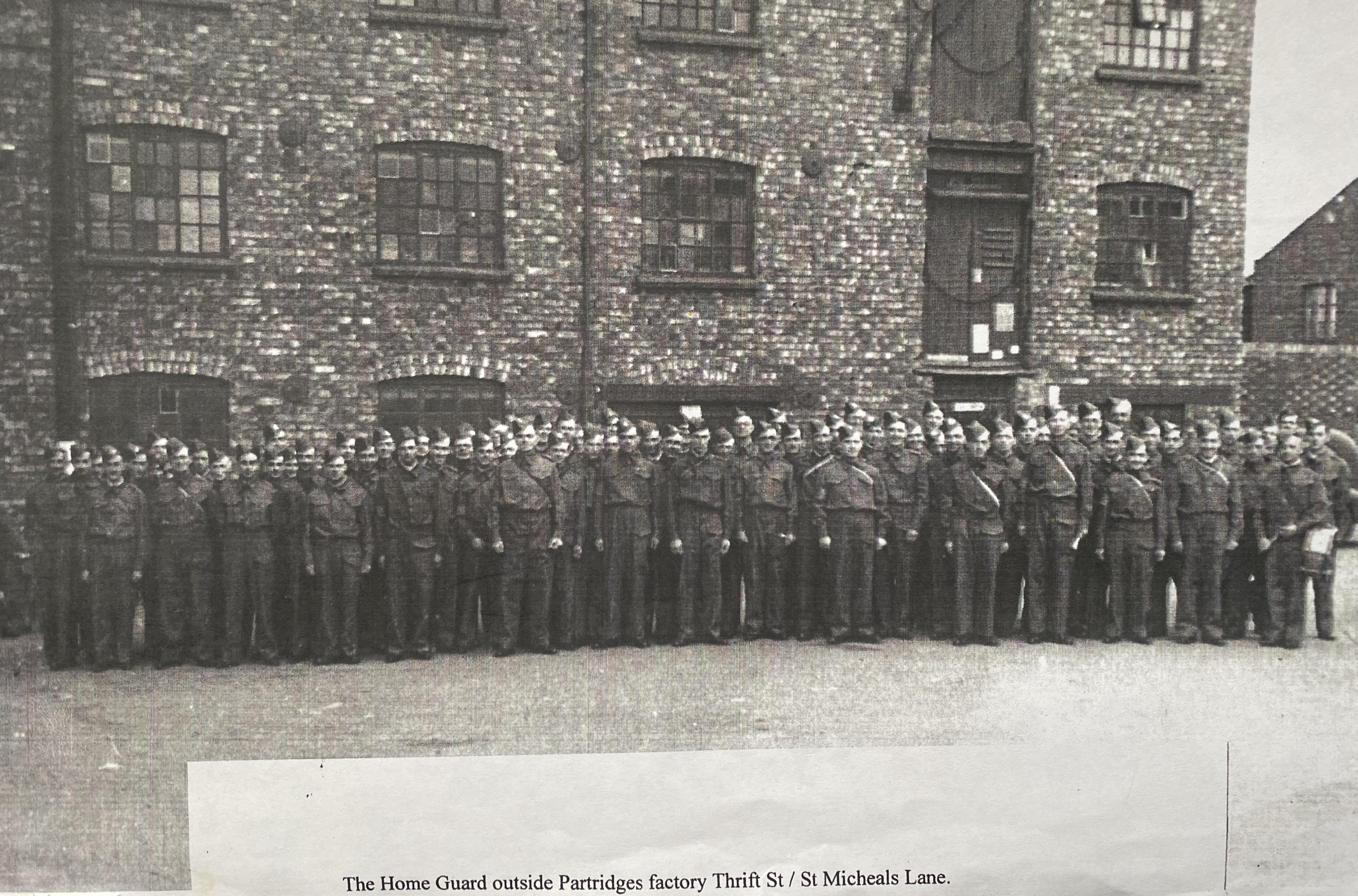 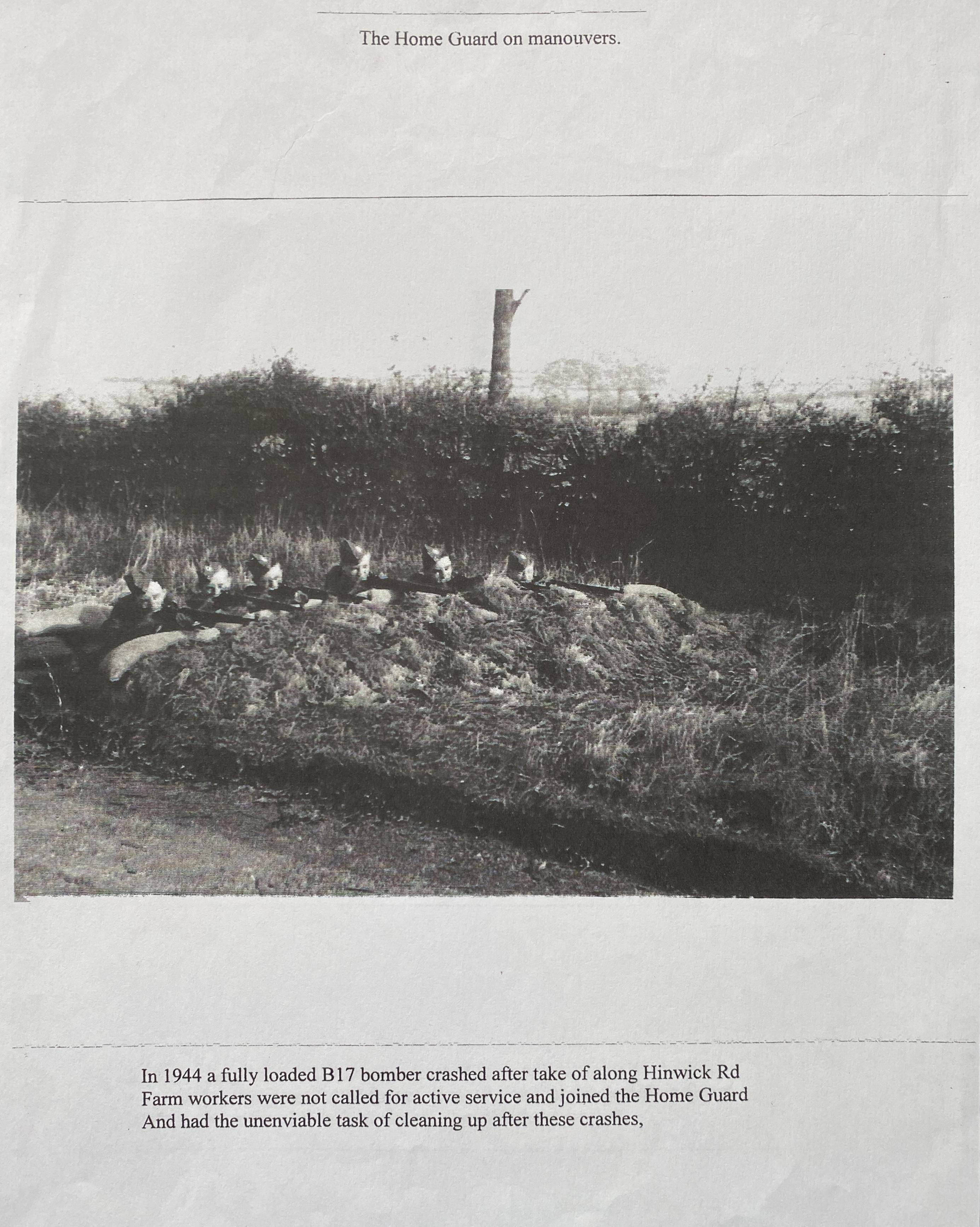 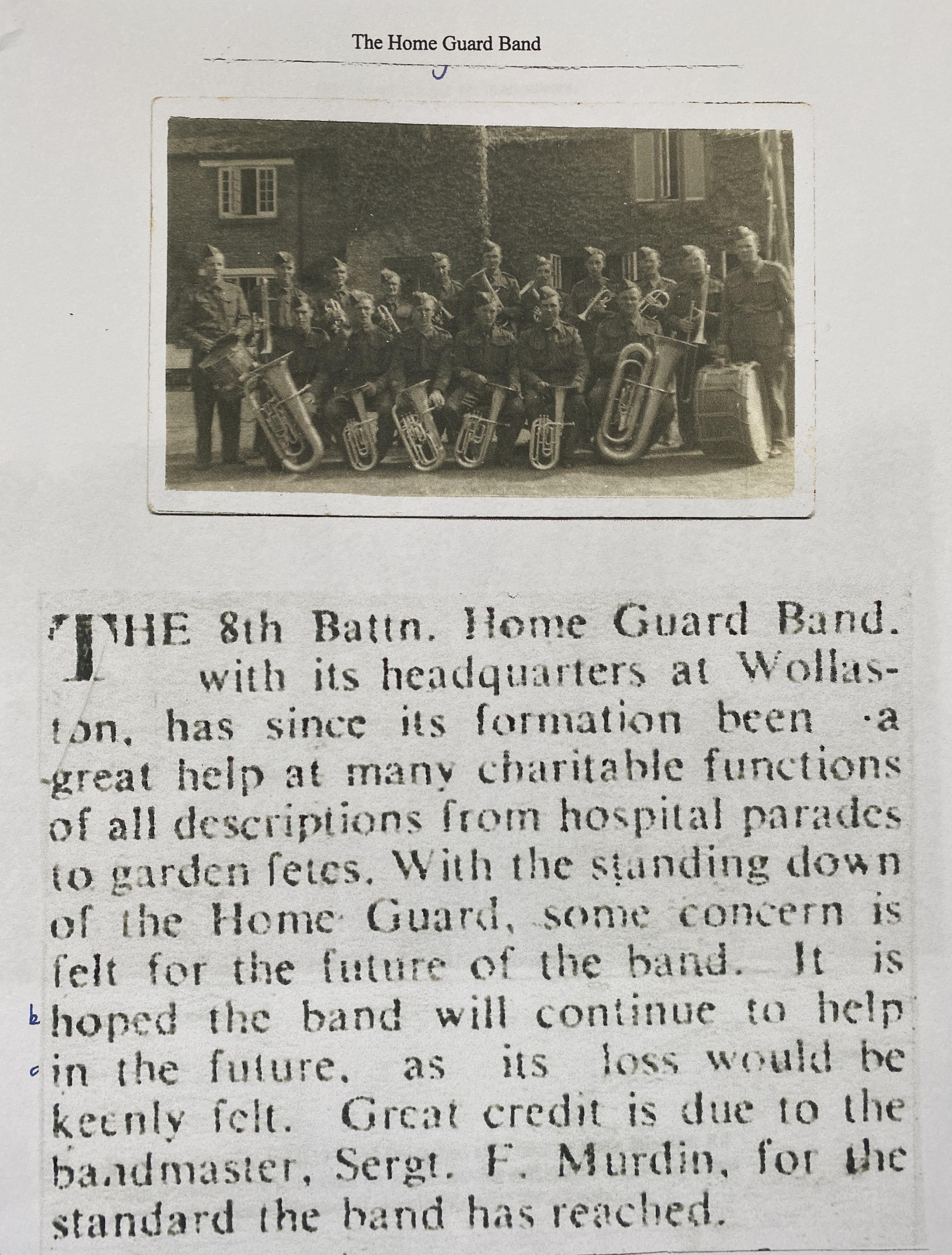 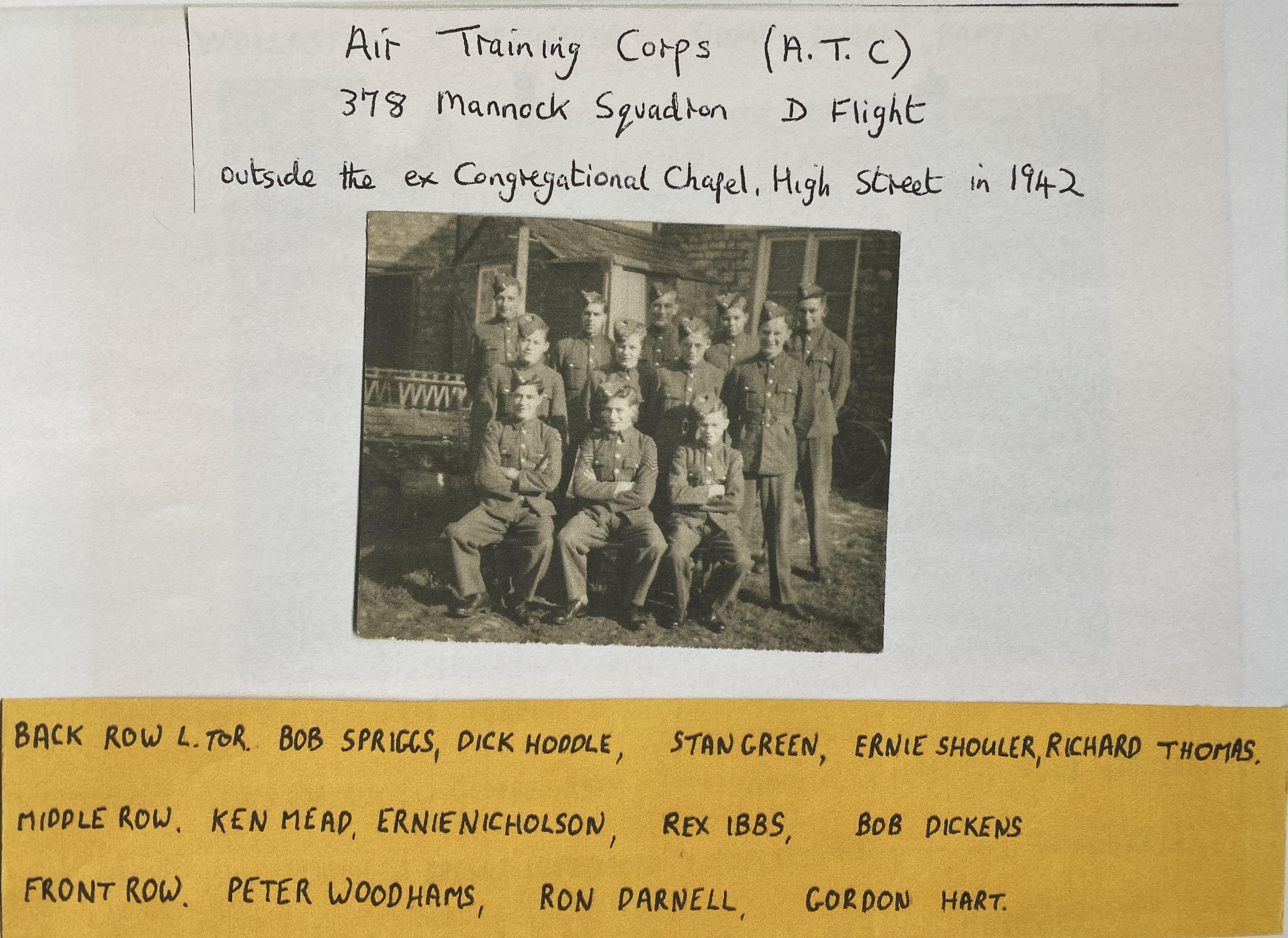 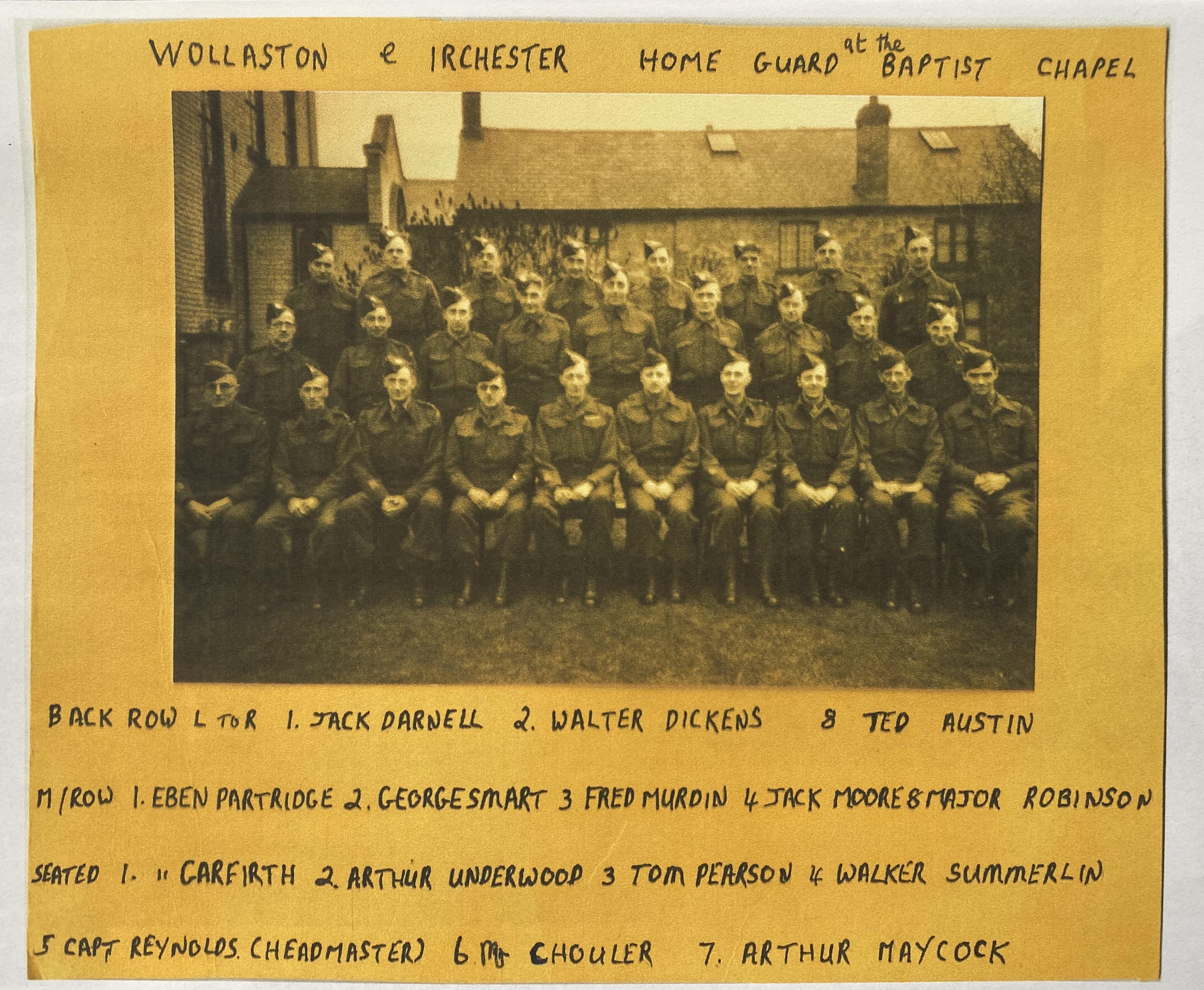 Wollaston was a base for the Land Army girls.  There was a Land Army Hostel n York Road.

The Women's Land Army was a British civilian organisation created during World War II so women could work in agriculture, reviving a disbanded World War One organisation and replacing men called up to the military. Women who worked for the Land Army were commonly known as Land Girls. In effect the Land Army operated to place women with farms that needed workers, the farmers being their employers. They picked crops and did all the jobs that the men would do. 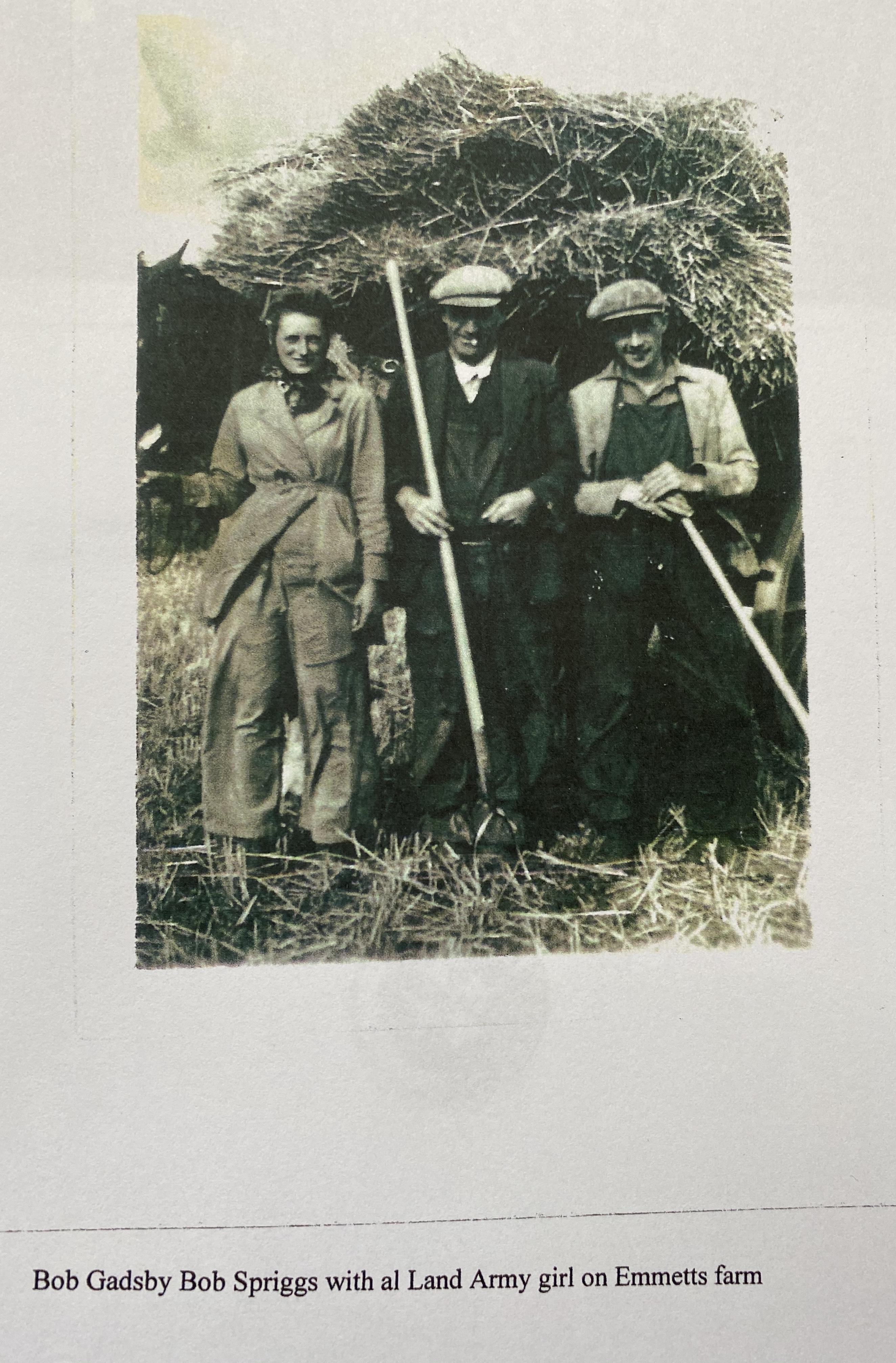 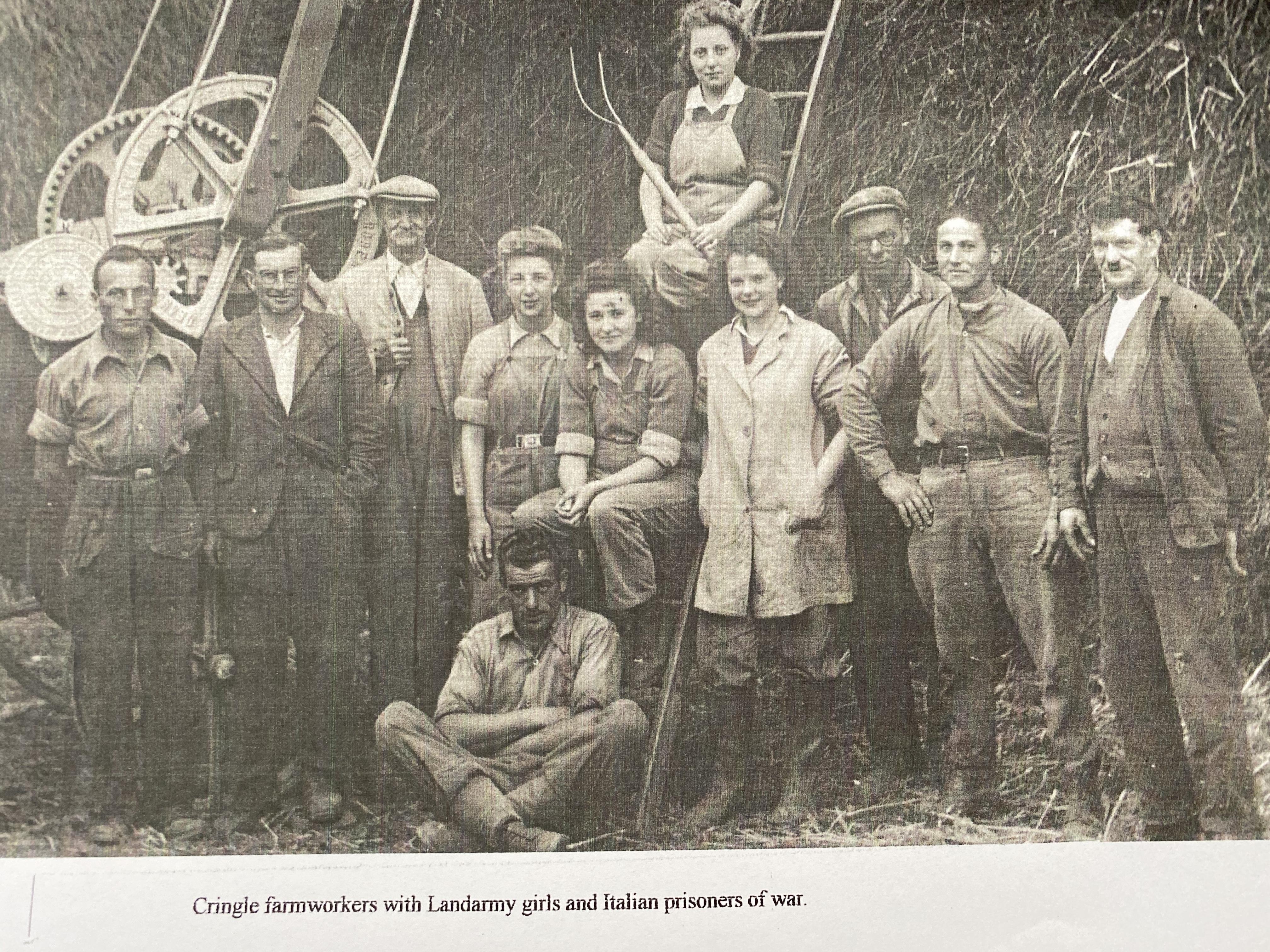 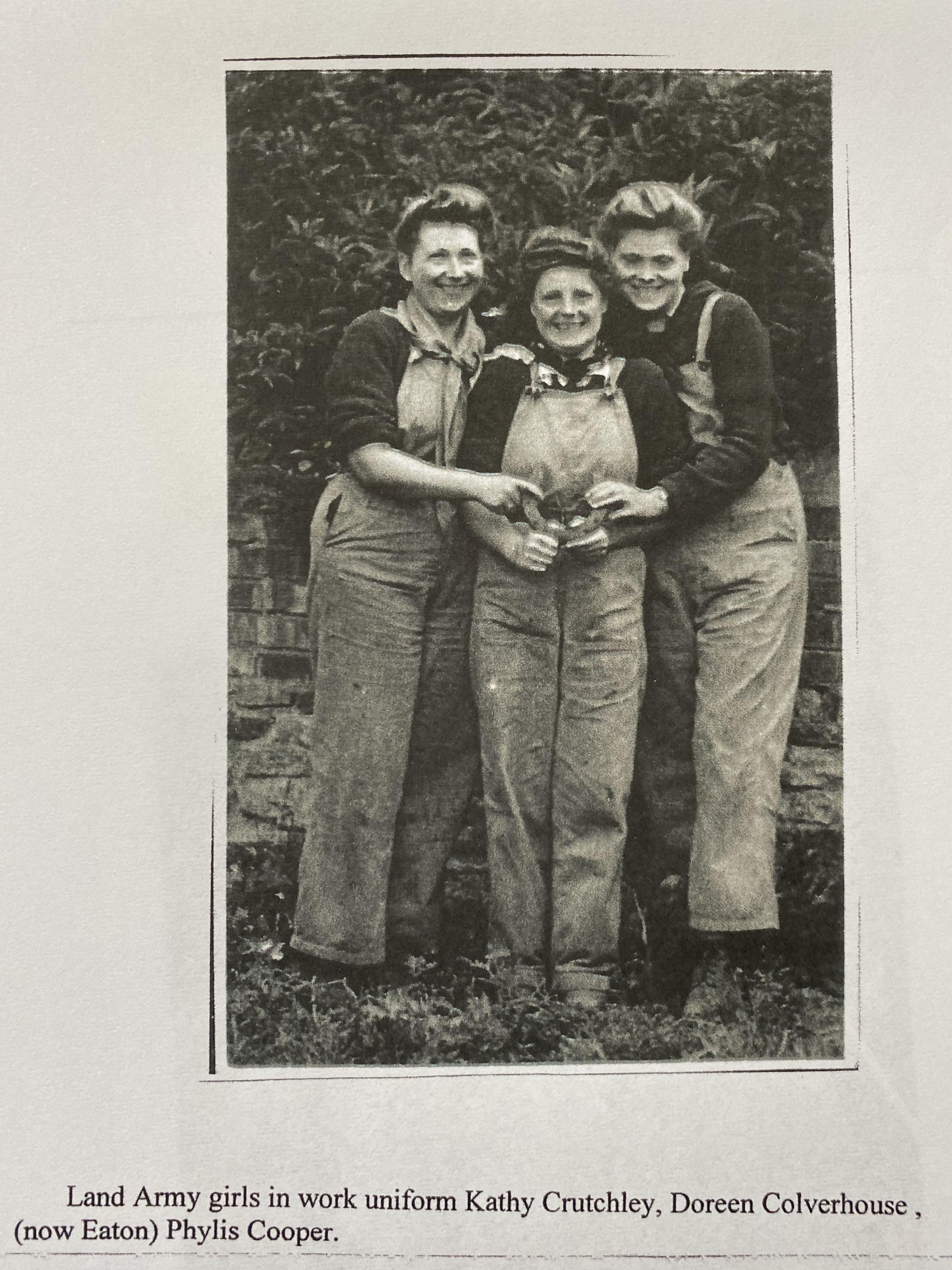 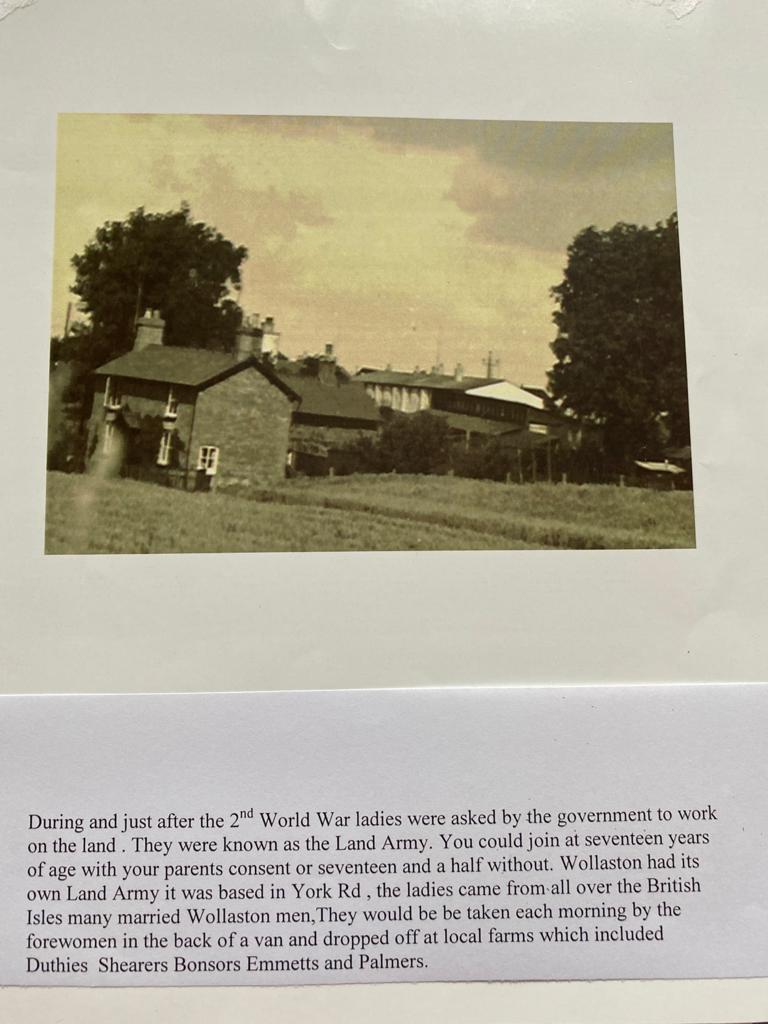 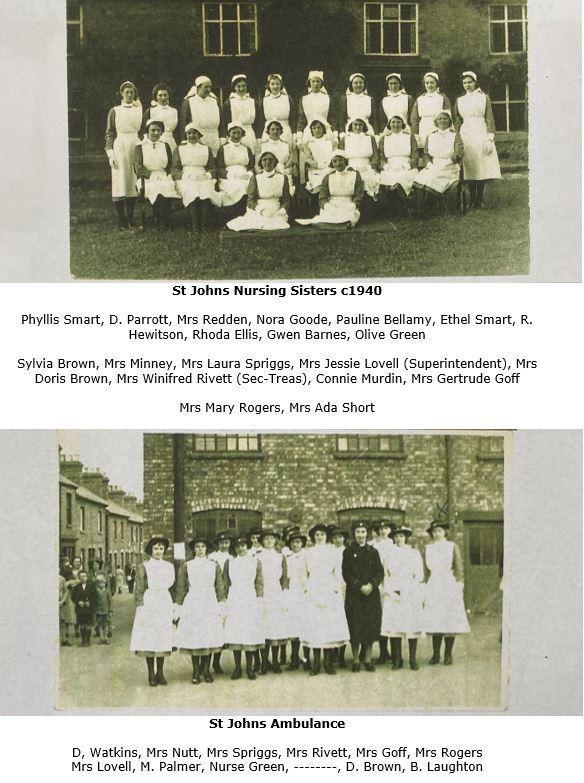 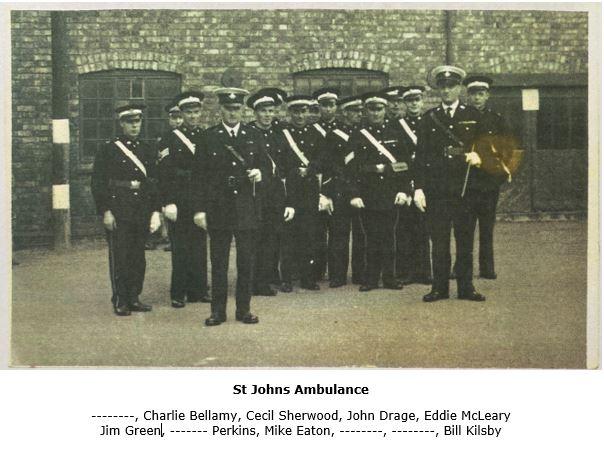 I was about six years old when the War started, so I am able to remember a lot that happened around Wollaston.
In the evening, we could hear German planes and flying bombs going over northwards, any planes going South would be ours heading over the Channel.  Many times the siren would go off and we would head for the shelter underground in the garden.  Two of my uncles worked on the farm of Mr Bonzer in York Road.  I would go there after School to help.  We were milking there at about 4 o'clock when three bombs were dropped in the fields at the top of Red Hill.  One or two cows belonging to Mr Tarry were killed.  One day, a German plane came over, firing its guns across the fields, we dived under the cart.  Two Spitfires came and shot it down over Doddington.  The plane was put on display in the market square in Wellingborough.
The bombers from Podington went off at nine o'clock in the morning, just as Big Ben was chiming on the radio.  One day, I opened the front door to go to school when there was a big bang as a bomber crashed.  I could see it across the fields, smoke and flames going hundreds of feet in the sky.  All ten airmen were killed.  I still go up that road several times a week, look over at that field and remember them.  The bombers would come back around 4.30pm, we would stand outside to see them.  Some would be badly damaged with parts missing, flares would come from the planes to signal the base of their condition.  Red meant dead on board, yellow was for damage or casualties.  Some never returned.
One Saturday morning when we waited for the bus, going to Saturday morning pictures, a bomber came over in flames, men bailing out. It crashed near Bozeat, killing the pilot and  a man on the road.  One night at about 1am, a German plane crashed near Poplars Farm.  My uncle was in the Home Guard and was called out to go to it.  Next day, he told us it was a German.  Us lads went out to it the next day, picking up little bits.  One lad brought home a German's glove.  He cut it open to find a German's hand with a gold ring on the finger.  Constable Dagger came and took it away.
Sywell Aerodrome trained pilots, using Tiger Moths.  They came over the fields dive bombing over us, it was frightening and an accident waiting to happen.  And it did that, three Americans coming to Wollaston along Hinwick Road, one man was on a bicycle with his hand on another's shoulder.  A Tiger Moth swooped over them and grabbed the man on the bike by his head, carrying him for about 100 yards, dropping him in a field just round from Green Lane.  The plane crashed across the road.  The two men from the plane were uninjured but the American was killed.  This happened three weeks after the war had ended!  The man's friends were appalled when his relatives were told he was killed in action.  The two airmen got away with it - this has always baffled me.  They should have been charged with manslaughter.
A Wellington bomber crash landed down Grendon Road.  Hundreds of tanks, Army lorries and big guns came to Wollaston and parked in Wollaston House field for two days, then went on to invade Europe.
German and Italian Prisoners of War used to come into Wollaston, two or three with no guards, from Grendon camp, and Farndish. Some of them even married local girls.
My Aunt Joyce worked in a factory at Sywell, making parts for Wellington bombers.  Land Army girls were stationed in a camp in York Road, eight of them married Wollaston men and stayed here.
An American lorry came into Wollaston, up London Road, past the Marquis pub and crashed into Mr Drage's house, demolishing the steps and turning over.  Two or three minutes earlier, three children had been sat on the steps and were called in to dinner.  They would have been killed.  The Americans had an Open Day at he base for the locals.  I remember the Orchestra - it was Glenn Miller.
At the end of the war, everyone celebrated with street parties. Several Americans came to our party at the bottom of Howard Road and they brought a big tub of ice cream and all sorts of things.  It was great.
Don Bellamy
.
Milk was always in glass bottles, with cream at the top.  We would separate the cream and shake it to make extra cheese.
If the sirens went off, we would shelter under the stairs.  My Dad used to watch the planes go out from Podington Airfield and always counted them back.  He put shutters up at the back of the house and blackout curtains at the front and would check every night to make sure no light was showing through.
The School windows were all taped.  There were gas canisters on the back of buses and they always struggled to get up Red Hill so everyone had to get out and walk up the hill and get back in at the top.
The queue at the Co-op Butchers in Thrift Street was always long.  I had to get in it and my mother would come and take my place whe I got nearer the front.
Lois Underwood (née Bullbrooke)
I remember the men all digging trenches to make air raid shelters.
Thelma Richardson (née Parker)
This text will not be shown