The History of Wollaston

The earliest documentary record of Wollaston is in the 1086 Domesday Survey.  First listed as Wilaveston, then Wullaueston and Wulauston by 1226, the name means Wulflaf’s Town, after an early Saxon settler.  Strixton is similar, coming from Stric’s Town, after a Saxon holder of one of the Wollaston Domesday manors.

The first physical description of Wollaston occurs in 1591, “It standeth from Wellingburrowe south neare ii miles and from Higham Ferrers neare iii miles the soile whereof is somewhat fertile and apte for corne and grain with a river on the north parte thereof reasonablie stored with ffishe.” 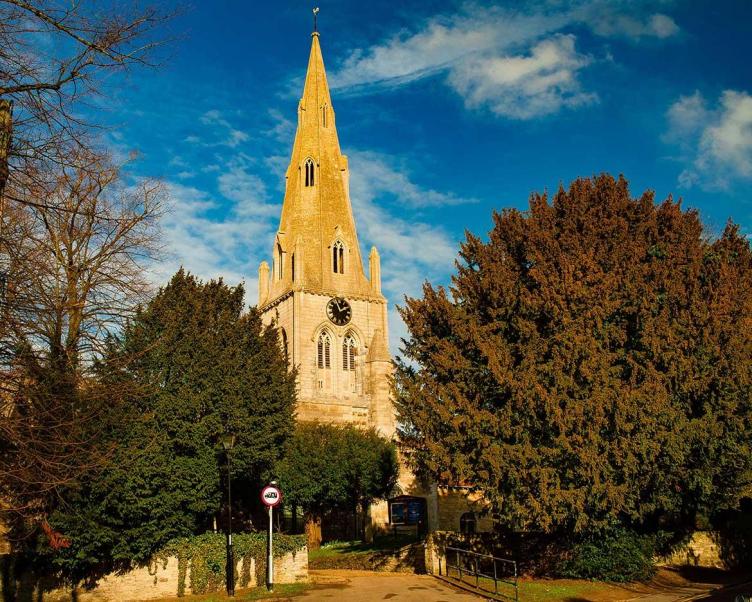 In Wollaston there were two manors, later called Hall Manor and Bury Manor.  Wollaston Hall (The offices of Scott Bader) is on the site of Hall Manor. Beacon Hill was presumably made by the owners of Bury Manor and has been the subject of archaeological excavation.  They point to it being the motte of an ‘Anarchy Castle’, on which was built a wooden or stone tower.

Living conditions were generally communal and dominated by religion and agriculture: bread was baked in the common bakehouse and corn was taken for grinding to the Lord’s water-mill or windmill.

Excavations in 1962 revealed a central post hole indicating the presence of a windmill on Beacon Hill, possibly used between the 13th and 16th centuries.

After the dissolution of the monasteries in the 16th century, the crown took over the Wollaston Rectory, originally impropriated to the Abbey of St Mary, Delapré.  The Manor of Wollaston also became crown property in 1546.

Following the restoration of the Monarchy in 1660, the Crown introduced various taxes, including the hearth tax of 1662-88, beginning with 1 shilling per hearth (later abolished due to its unpopularity).  The number of households listed at 143 suggests a population of 641 (4 ½ people to a home) 33% of which were too poor to pay.  The window tax lasted from 1695 to 1851 and examples of windows being blocked to save paying the tax can be seen in Wollaston. Help for the poor was established in the 19th century.

Lacemaking became a large-scale activity and a pattern known as the Wollaston style developed.  This contained the scallop shells referring to the coat of arms of the manorial lords which can be seen on many logos today.

Information is taken from Wollaston, Portrait of a Village, David Hall, 1977.  Now out of print, the Wollaston Heritage Society has copies to view in Wollaston Museum.